AccountsIQ takes a mega-bite into the restaurant industry

AccountsIQ’s group accounting software has proved to be a great hit with restaurant chains in the UK and Ireland. They have benefited greatly from the software’s capacity to support franchise growth and expansion. Here we take a quick look at just some of the high-growth chains which have made the leap into the Cloud with AccountsIQ.

Since its launch in 2006, noodle bar chain Chopstix has grown to be one of the leading Asian QSR brands in the UK. The group now has more than 45 sites across the UK and Ireland. The size and unique structure of Chopstix means that their accounting platform needs to meet some challenging reporting requirements, particularly in terms of consolidation.

"The big benefit for us with using AccountsIQ is consolidation. With so many entities, we have a lot of intercompany requirements. Though we considered Sage 200, there you had to login to each entity and post the intercompany journal. It was a very manual process involving additional and expensive add-ons. With AccountsIQ consolidation is built into the system, so you never have to do manual intercompany reconciliations which can get quite messy.” said Joanna.

Camile Thai offers healthy fast food with 15 locations across Ireland and 5 in the UK. The restaurant chain generated profits of over €400, 000 in 2017 and sees the franchise model as the quickest way to expand further. Camile adopted AccountsIQ early last year, anticipating strong growth, and relies on the system for its group reporting requirements.

Five Guys is a burger chain that has gained something of a cult following. Starting in the US in 1986 with a handful of stores in Arlington and then Washington D.C., the chain really took off once it adopted the franchise model in 2002. At present, there are close to 1500 Five Guys restaurants. The franchise’s recent entry into the Irish market has caused quite the local stir, with queues of young fans forming hoping to catch a bite.

Five Guys adopted AccountsIQ for the Irish market and see cloud based accounting software as the best way to handle their multi-location accounting requirements. 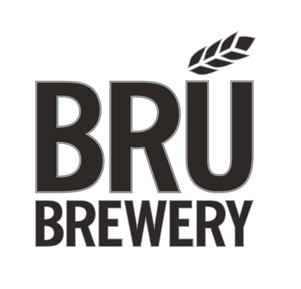 For a long time in the Irish drinks market, pub offerings were dominated by a handful of corporate options. Meath Brewery, BRU, has made a massive impact since its launch in 2013, with its four core craft offerings IPA, Red Ale, Stout and Lager turning heads for locals and tourists alike. BRU uses AccountsIQ for the brewery itself and also for its two gastropubs in Kildare and Dublin.

AccountsIQ’s core accounting functionality such as the purchase ordering system, workflow approval functions and stock features make it a great fit for pubs and breweries, particularly as the software can integrate with point of sale systems (POS) to capture real time results.

Insomnia is one of Ireland’s best known and longest established franchise chains. Starting in 1997 the chain has grown to over 150 coffee shops and holds a number of strategic partnerships with the likes of Debenhams and Primark.

Read more about how Insomnia uses AccountsIQ to consolidate all stores and handle both their Irish and UK locations via the platform.

Request a Demo or get in touch to see how AccountsIQ can help you with your franchise accounting needs.

Your finance toolkit for growth