When the Irish construction market began to contract during the economic crash in 2008, Dublin-based construction consultancy Linesight (formerly Bruce Shaw) made a brave move to leverage its strong reputation with large international clients by growing its operations overseas. This strategy proved very successful. The group now has operations in over 40 countries, but this required major enhancements to its business infrastructure. The group’s existing financial software was expensive to maintain and cumbersome to implement for new offices overseas. The software was fast-becoming an expensive bottleneck and had also proven itself poor in adapting to the accounting and reporting needs of a multi-company, multi-jurisdiction enterprise. 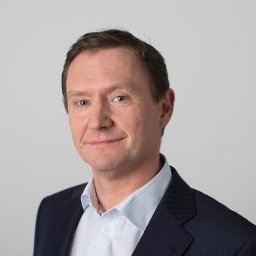 It was Finance Director Paul Kehoe’s job to find a finance application for Linesight, which could be quickly deployed in new locations and deal with the more complex accounting requirements of the group – consolidations, intercompany, multiple currency accounting, project costing and billing.

Specialist ERP consultants were appointed to run the selection exercise. An ERP was selected and the firm started its implementation when it emerged that, like the existing software, it was too cumbersome and in fact not a good fit for a growing mid-sized international business with a central finance hub.  Ability to integrate with existing systems also became an issue as well as tailoring to allow for reporting across multiple jurisdictions.  It was at this point Kehoe decided to look elsewhere and came across cloud-based accounting software, AccountsIQ.

When we first expanded into new markets, the offices were running off spreadsheets because we couldn’t get them set up quickly enough. With AccountsIQ, this is so simple to do centrally. From our shared service centre, we can set up a new entity quickly and get it integrated with the others. Larger or smaller systems wouldn’t handle this so well. Paul Kehoe, Finance Director, Linesight.

Tony Connolly, CEO of AccountsIQ, comments, “A problem for many growing businesses is that legacy desktop solutions were not designed to meet the challenges faced by companies operating in multiple countries and in multiple currencies. ERP systems are often too complex for individual subsidiaries or branches, while lower end systems that are easier to use cannot handle the complexities of consolidating results in multiple currencies.”

Linesight’s business is organised in regional lines resulting in sub-groups within the group. Also, different divisions offer different areas of service and expertise. Many of Linesight’s projects include the collaboration of various divisions, regions and subsidiaries resulting in complex, inter-company transactions. Kehoe adds, “AccountsIQ allows us to post an invoice and re-charge it in a very streamlined way. It simplifies the whole process.”

Previously, Linesight had been running consolidation reports in Excel, which was criticised by its auditors. Now, AccountsIQ has been configured to produce consolidation reports, analysed by location and business line, right down to project level. Performance across The Americas, Europe, Asia Pacific and the Middle East can be monitored at a local level in local currencies and yet reported in a consistent way at group level, automatically handling inter-company charges, revaluation reserves etc.

Kehoe adds, “In a high growth business, new income streams are a challenge; you need to track them separately but also as part of the contribution from the overall region. AccountsIQ allows us to tag our income and expenditure in a way which provides really useful management information from a range of aspects.”

Linesight’s core business is quantity surveying. As a business that invoices at critical points over the course of a project, a system which supports Revenue Recognition is important. Under GAAP principles, generally, revenue is recognised only when a specific critical event has occurred and the amount of revenue earned is measurable. AccountsIQ allows income to be recognised over the lifetime of the project (in Linesight’s case usually 18-24 months) as the work is delivered rather than as it is invoiced, while tracking the real cost of delivery so that profitability of projects, business lines and locations can be easily monitored throughout each project’s lifecycle.

Linesight uses a timesheet recording application which was part of its specialised construction project management system and this has been fully integrated with AccountsIQ. This passes time records by project, which are valued at the rates in AccountsIQ and used for valuing Work in Progress. Expenses and outlay are also tracked against projects. Projects are billed and invoices raised from AccountsIQ as project milestones are reached and WIP and deferred revenue postings are automatically created at the end of each month. Future earnings are also tracked so that expected results can be projected.

The finance team is currently focusing on exploring the software’s Business Intelligence (BI) capability, designing report packs for the board and introducing MIS dashboards. Kehoe says, “At present we use AccountsIQ’s Excel Add In for producing a Board report. We have a suite of reports which all appear beautifully when you click a button. It was an extremely useful feature which kept things running smoothly when we first implemented the software. Now we are starting to explore the BI capabilities inbuilt in the software itself.”

Linesight plan to integrate AccountsIQ with Concur for processing and approving expense claims for professional staff. Further development may also take place around integrating with Salesforce and possibly other business systems. Kehoe explains,

It is AccountsIQ’s ability to keep pace with our rate of growth which has been the most measurable benefit to us. It not only makes the process of on-boarding a new business straightforward, the system’s flexible coding structure makes the process of adding and monitoring new income lines simple.”

Discover how to track costs and profitability throughout the project cycle with AccountsIQ’s cloud accounting software. Check out our multi company accounting capability.

Request a Demo or get in touch for further information.

Give your finance team the edge