Established in Dublin in 1989, entrepreneurial storage business Kefron made an evolutionary move in 2013 when the business expanded into the UK.  Kefron has also been successfully extending its digital proposition since then, using technology to help businesses find more efficient ways of storing and managing documents by offering digital solutions such as M-Files Document Management and Kefron AP, accounts payable invoice automation software. With a good understanding of the digital landscape, Kefron decided it was crucial to move its own business processes to the cloud, but was tied to its old accounting system, Exchequer, which had been heavily customised during implementation ten years before.  It wasn’t until Kefron reviewed AccountsIQ that their leadership team found an affordable, cloud accounting and consolidation system which could replace Exchequer, and provide a more integrated solution with improved reporting across the group. 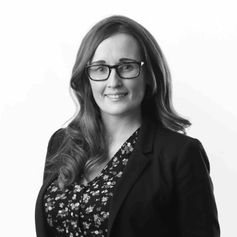 Exchequer consumed a lot of resources and came with a heavy maintenance overhead.  We had to wait for new features to become available; in the ten years we used the system, it never really changed.  With AccountsIQ, we have an up-to-date, intelligent financial management system which integrates with our billing system and our own Kefron AP automated invoicing solution.  It also makes consolidation really straightforward.”

Kefron had invested heavily in Exchequer during implementation with a considerable amount of bespoke work.  Although this proved a good solution for the needs of the early business, it proved restrictive in the longer term: newer, cloud-based platforms replace the need for heavy implementation projects because the technology allows processes to be tailored with minimum effort, automated, and easily integrated with other data sources.  If Kefron was to make the most of new technology, it would need to move its financial management hub to the cloud.

Outlining her initial concerns about switching from Exchequer to AccountsIQ, Sinéad admits; “We thought switching from Exchequer would be problematic as we relied on a number of key processes which had been tailored for our business.  For example, our direct debits were handled in a complicated way which required extensive use of Excel.  We realised we had come to develop our processes around the limitations of the Exchequer system rather than using the system to improve processes.”

AccountsIQ’s UK Managing Director Darren Cran explained, “To ensure business continuity, we implemented the core elements of AccountsIQ first while dual-running Kefron’s bespoke elements on the old system.  That also gave us a secure platform on which to build further integrations with other applications.  By breaking the project down, we were able to complete it in practical stages without interruption to the day-to-day operations, eventually replacing all legacy systems.”

Removing the headache of consolidated reports

Today Kefron boasts a portfolio of six storage facilities and two scanning bureaux as well as its own Electronic Content Management (ECM) solution and an estate of serviced offices.  With lines of business and locations included, Kefron needs to consolidate no less than 15 entities for audit purposes.

Describing the transformation in how she produces complex group reports, Sinéad adds, “Before AccountsIQ, we had to spend a lot of time at year end exporting data and performing a lengthy, manual consolidation process which had systematic errors.  We now have a system which allows us to retrieve and review consolidated reports, in real time across the business lines, in just a couple of hours.”

AccountsIQ comes with an optional consolidation module for businesses with multiple entities.  Rather than simply amalgamating accounts and leaving much of the tricky work to be done in spreadsheets, AccountsIQ can create and automate more complex protocols; a whole range of branch level ledger codes can be linked to a common set of group codes, which allows entities to have individual coding structures and their own level of reporting, while still providing a group level view across the entire group, in real time.

The system also solves an age-old problem for Kefron in handling inter-company charges.  Sinéad adds, “Recharging in AccountsIQ has become a very simple process and saves me lots of time; once I post a debit, a credit automatically appears in the corresponding company.  The system automatically handles currency exchange when it is needed.”

Exchequer had been integrated with some of Kefron’s other business applications the old-fashioned way; a piece of middleware was hosted on a server to allow the accounting system to share data with payroll and the direct debit system.  Built in the cloud, AccountsIQ’s system architecture means that the integration of these elements is now easier to maintain and doesn’t rely on additional development projects each time the software is upgraded.

Sinéad explains, “People are our biggest cost so it made sense to integrate our finance system with payroll.  AccountsIQ was able to replicate the process previously created in Exchequer without any hiccups.  Our operational billing system incorporates the real data-heavy side of the business.  The volume of transactions means integrating billing with AccountsIQ now saves us at least half a day at month end.”

Additionally, the integration offers Kefron the opportunity to improve its service to customers by creating customised billing reports for those whose industry regulators require reports in a particular format.  AccountsIQ is able to generate the required information and issue it as standard with customer billing statements.

With the ability to capture and verify key information from paper or digital invoices, Kefron has been able to develop its own paperless workflow solution for invoice processing.  Developed using the latest OCR technology, Kefron’s scanning and automated data entry system reduces paper, administration time and errors for its customers across the UK and Ireland.  The system is also used internally.  Accessing AccountsIQ’s Open API (a portal which facilitates easy integration between two or more Cloud-based systems), Kefron has been able to integrate this with AccountsIQ’s ledger system to create a seamless and automated, two-way process between the systems.  The integrated workflow process for Accounts Payable begins with Kefron’s automated document input, registering invoices in AccountsIQ then sending out automated and paper-free approval for budget holders business-wide.

Sinéad adds, “Our accounts payable process is now completely digital and all documents are stored and managed in the system in digital formats.  With our old system, we had problems displaying digital invoices on screen and, in the end, we had to print them.  With AccountsIQ, we can view and use documents in a variety of formats.”

From business reporting to business intelligence

Financial Controller Sinéad Brennan has plans to take AccountsIQ to the next performance level across the business.  Citing her new consolidation reporting pack as an example of how reports have become insights, Sinead continues, “Phase II with AccountsIQ will involve deploying the information it provides me to the operational heads across the business.  Just being able to summon a report from my tablet in a meeting using real-time insights is a real benefit. There are so many other parts of the business which could use these insights to help form management decisions at various levels.  With a group of managers involved, we could design reports which draw out some really great intelligence.”

Summing up her experience implementing AccountsIQ, Sinéad concludes, “The big difference for me is in the flexibility of AccountsIQ and the ease at which you can access information.  I can produce data on my screen at a management meeting which helps to answer questions and solve problems.  Integrating best of breed solutions in the Cloud was the right way for us to go; our old system couldn’t change quickly enough and wasn’t sustainable long-term.  Our new, integrated model gives us a level of efficiency we have not previously been able to achieve.”